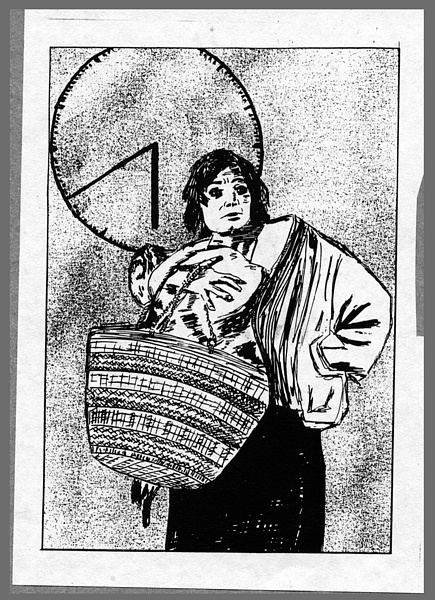 llustration from the programme for Afterthought Theatre Productions ‘Female Parts’ which I directed in a television production studio temporarily adapted for live theatre.

The production, for Brighton Festival, ran for the length of the festival, unusual for an umbrella event, and sold out many of its performances.

The image is a likeness of the actress Janice Jones, in character, and is one of four drawings made for the show’s programme.

Female Parts is a collection of one-woman plays by Italian playwright Dario Fo and his wife, actress Franca Rame.