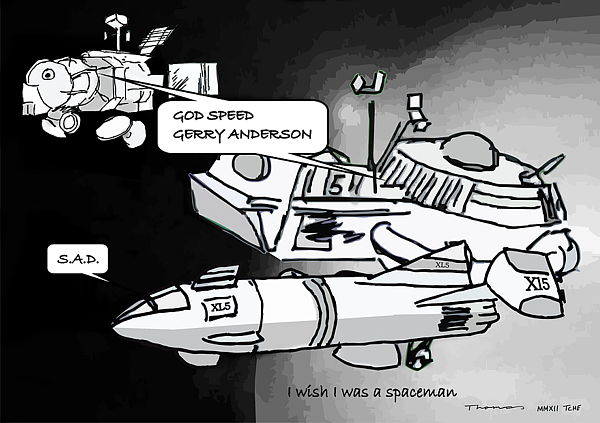 I Wish I Was A Spaceman (for Gerry Anderson) December 2012

Fireball XL5, Thunderbirds and UFO were Gerry Anderson’s most significant and important work as a producer.

His contribution to television and film remains one of the least appreciated and underrated by the industry in his own country. He gave creative technicians their first real chance to experiment on a continuous basis and show what could be achieved.

Modern films are still, knowingly or otherwise, influenced by what he pioneered. He may have been the first producer to tell his writers, designers and technicians to ‘show it all!’

For many parents and children he is still ‘Mister 21st Century’.